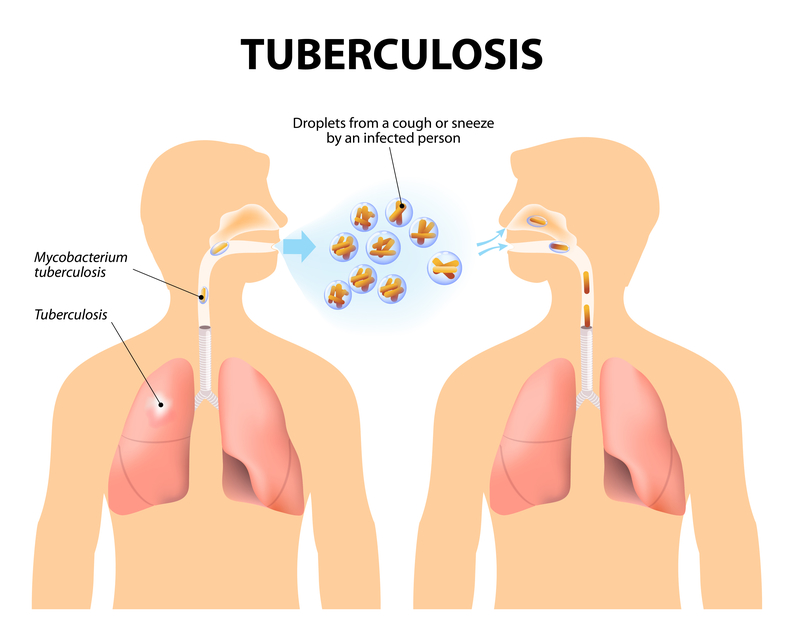 A quarter of the world‘s population is estimated to be infected with TB bacteria. These people are neither sick nor contagious. However, they are at greater risk of developing TB disease, especially those with weakened immunity. Offering them TB preventive treatment will not only protect them from becoming sick but also cut down on the risk of transmission in the community.

As we mark World TB Day 2020, the disease remains the world’s top infectious killer. In 2018, 10 million people fell ill with TB worldwide and 1.5 million people lost their lives to this disease.

“COVID-19 is highlighting just how vulnerable people with lung diseases and weakened immune systems can be,“ said Dr Tedros Adhanom Ghebreyesus, WHO Director-General. “The world committed to end TB by 2030; improving prevention is key to making this happen. Millions of people need to be able to take TB preventive treatment to stop the onset of disease, avert suffering and save lives”.

Dr Tedros highlighted the importance to continue efforts to tackle longstanding health problems, including TB during global outbreaks such as COVID-19. At the same time, programmes already in place to combat TB and other major infectious diseases can be leveraged to make the response to COVID-19 more effective and rapid.

TB remains the top cause of death among people with HIV. TB preventive treatment works synergistically with antiretroviral therapy to prevent TB and save lives. Reinvigorated efforts by governments, health services, partners, donors and civil society will be needed to increase access to TB preventive treatment to the levels targeted.

The new consolidated guidelines recommend a range of innovative approaches to scale up access to TB preventive treatment:

“As people around the globe come together to commemorate World TB Day, WHO is calling on governments, affected communities, civil society organizations, health-care providers, donors, partners and the industry to unite forces and step up the TB response – notably for TB preventive treatment – to ensure no one is left behind,” said Dr Tereza Kasaeva, Director of WHO’s Global TB Programme. “The new WHO guidance shows the way forward for millions to rapidly access new tools and shorter, safer options for preventive treatment. The time for action is now.”

TB preventive treatment is an affordable intervention that can prevent families from sliding into poverty and preserve the health and economy of whole communities. WHO anticipates that as new and safer drugs come onto the markets, and as prices fall, it will become a highly-cost effective way to save millions of lives.

WORK BY WHO AND PARTNERS

WHO works closely with Member States including the US Government and technical and funding partners such as UNITAID to enhance access to shorter TB preventive treatment regimens. UNITAID-supported projects such as IMPAACT4TB and Cap-TB projects enabled by WHO with partners in Brazil, Cambodia, Cameroon, Côte d’Ivoire, Democratic Republic of Congo, Ethiopia, Ghana, India, Indonesia, Kenya, Lesotho, Malawi, Mozambique, South Africa, Uganda, United Republic of Tanzania and Zimbabwe are leading the way. The new treatment options are also now more affordable, thanks to the significant price drop of rifapentine – a key drug – facilitated recently by UNITAID, the Global Fund to Fight AIDS, Tuberculosis and Malaria and global biopharmaceutical company Sanofi, along with forthcoming arrangements underway with generic manufacturers.

MORE ABOUT THE GUIDELINES

The new consolidated WHO guidelines come with an operational handbook to help guide countries step-by-step as they take TB preventive treatment to scale. This includes guidance on how to prioritize and invest from demand creation for TB prevention to supervision and monitoring of the programme.

The guidelines and operational handbook are also accompanied by an innovative mobile application – Prevent TB –to help health-care workers manage TB preventive treatment in their communities. Its online dashboard allows programme managers to visualize and monitor data in real time. The application can be customized by countries to suit their specific settings and is currently being adopted in India and Philippines.

The new guidelines and tools are being released ahead of World TB Day. World TB Day is observed on March 24 each year to raise public awareness and understanding about the world’s deadliest infectious killer – TB and its devastating health, social and economic impact on people around the world. Under the theme “It’s Time”, the spotlight this year is on urgently accelerating the TB response to save lives and end suffering.

*Erratum – an error in this sentence was corrected on 25 March

Coronavirus disease (COVID-19) is an infectious disease caused by a new virus and has spread in a lot of countries in the world.

HOW IT SPREADS
Coronavirus disease spreads primarily through contact with an infected person when they cough or sneeze. It also spreads when a person touches a surface or object that has the virus on it, then touches their eyes, nose, or mouth.

Have your article published in one of our journal series. click here to learn more. If you are having problem with your submission, contact us or send an e-mail to technicalsupport@oasisinternationaljournal.org